↑
Home / Gardening Products / Garden Tools / Sharpen Pruning Shears For The Perfect Cut Every Time
We are a participant in the Amazon Services LLC Associates Program, an affiliate advertising program designed to provide a means for sites to earn advertising fees through links to Amazon.com. As an Amazon Associate I earn from qualifying purchases.

Quality gardening tools can last for many years, and it doesn’t take much time or effort to keep them in tip-top shape. So if you’ve been neglecting them, now is the perfect time to clean and sharpen pruning shears (also called hand pruners) – and put the fun back into garden maintenance!

Don’t you just hate it when you have to work with dull knives in the kitchen? Well, if you ask me, using dull shears in the garden is equally annoying!

Just as you have to take care of your kitchen knives to keep them clean and razor sharp, you should treat your garden pruning tools the same way.

Taking care of your tools will not only make them last longer, but sharp shears makes pruning plants sooooo much easier! (Plus, your efforts will save you tons of money in the long run).

The good news is that it’s super easy to sharpen your shears, and it doesn’t take long to get them working (and looking) brand new again.

Plus you don’t need many supplies to get the job done, and you probably already have most of this stuff around the house already.

Before you sharpen hand pruners, it’s a good idea to clean them to remove any gunk or rust that has built up on them over time.

You certainly don’t have to clean them before you sharpen them, but it really helps to keep them looking and functioning their best (and last longer).

Pruners before cleaning and sharpening

Cleaning your pruning shears might simply be a matter of wiping them off with a damp rag if they’re not very dirty. But if yours are as neglected as mine have been, then it will take a bit more work to clean them up.

I start by using foamy soap to clean the gunk and dirt off my hand pruners, and then I wipe them off with a damp rag afterward.

I don’t recommend soaking them in water though, because that could do more harm than good, and cause them to rust faster.

If there’s caked on dirt or other gunk on your shears that won’t come off easily, you can use a scrub brush to remove it.

While you’re at it, make sure to clean the handles and other parts too, don’t just focus on the blade.

After just a few minutes of scrubbing and WOW! Look at how amazing these pruning shears look now that they’re clean!

They look brand new (and these are about 15 years old!). There wasn’t any rust on this pair of shears, so all I had to do was clean off all the gunk and dirt before sharpening them.

Hand pruners all cleaned up

My hedge pruning shears on the other hand looked a lot rougher. I needed to do a bit more work to get these cleaned up and ready to be sharpened.

If any of your pruning tools look like these, then the next step you’ll want to take is removing the rust from the blade.

How To Remove Rust From The Blade

Don’t worry, it’s not difficult to remove rust from the blade if you have the right tools for the job!

In order to shine these hedge trimmers up, first I took a wire brush and removed the rust around the edges.

Then I used steel wool to clean the rust off the blade. Most of the rust came off easily using the steel wool, but some of it was pretty thick so I had to use the wire brush to remove the tougher rust spots.

Use steel wool to remove rust from shears

It only took me about 15 min to get the blades all shined up and looking brand new (plus it was a really good tricep workout, bonus!).

With a little bit of elbow grease, my hedge pruning shears look brand new too. Amazing!

Once you’ve cleaned your pruning shears and removed the rust, now it’s time to sharpen them.

You can follow these same steps to sharpen any of your garden pruning tools – whether you want to sharpen large or small hand pruners, pruning snips, hedge trimmers, or loppers.

In order to sharpen hand pruners, you’ll need some kind of a sharpening tool. You might already have one on hand that will do the job just fine.

You can sharpen the blades of your pruning shears just like you would a knife using a sharpening stone, or you can use a sharpening tool to make the job a little easier.

I have two tool sharpeners that I like to use, and they both work great! The first one is a garden tool sharpener, and it came with a mini wire brush as an added bonus.

This is a nice, heavy duty tool that you can use to sharpen any type of garden pruning shears, hedge trimmers or loppers.

The other one I have is a scissors sharpening tool. Since I had this one on hand, I wanted to test it to see if it worked to sharpen my pruning shears too.

Sure enough, it worked great. So, if you already have a scissors sharpening tool, then you don’t need to buy a tool that’s specifically made for sharpening gardening shears.

But, it is nice to have both so I can keep one in the house and the other one in the garage with my gardening tools.

How To Sharpen Pruning Shears

If you’ve never sharpened hand pruners before, it can be a bit awkward to get the hang of. You’ll probably need some practice to get the correct angle on the blade.

But once you get the hang of it, all you have to do is scrape the tool sharpener down the length of the blade a few times to sharpen it (for super dull blades, it could take 25-30 strokes).

Many types of pruners are only sharp on one side of the blade and the other side is flat. So, you only want to sharpen the one side and leave the flat side alone.

Test the sharpness of the blade on some leaves or branches as you work to sharpen it. Once you get a clean cut and the blade cuts through it like butter, then you know you’re done.

Here’s an “after” photo of another pair of pruners I cleaned and sharpened the other day. It’s so nice to see my pruners looking shiny and new again.

They’re so pretty, I almost don’t want to use them. (haha, just kidding. I can’t WAIT to put them to work!)

Just because your pruning shears are super dull and hardly work anymore doesn’t mean you need to buy new ones!

With a little bit of time and effort, your pruning tools will look brand new again.

Just like kitchen knives, garden pruning tools should be sharpened regularly to keep them in tip-top shape, and maximize their functionality and effectiveness.

Do you have any tips you can share about how to sharpen pruning shears? Please share them in the comments below. 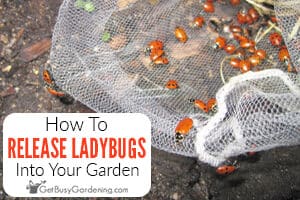 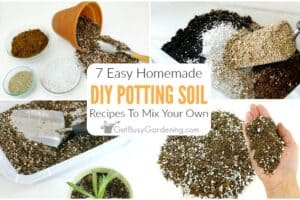 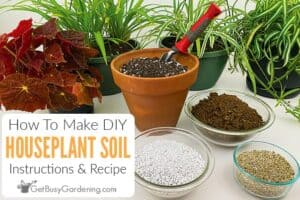 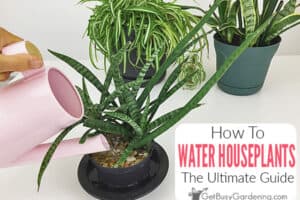